Our Products with Caffeine Anhydrous in them. 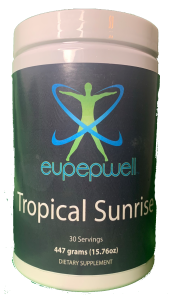 Caffeine is a chemical found in coffee, tea, cola, guarana, mate, and other products.
Caffeine is most commonly used to improve mental alertness, but it has many other uses. Caffeine is used by mouth or rectally in combination with painkillers (such as aspirin and acetaminophen) and a chemical called ergotamine for treating migraine headaches. It is also used with painkillers for simple headaches and preventing and treating headaches after epidural anesthesia.
Some people use caffeine by mouth for asthma, gallbladder disease, attention deficit-hyperactivity disorder (ADHD), and many other conditions, but there is no good scientific evidence to support most of these uses.
Caffeine is one of the most commonly used stimulants among athletes. Taking caffeine, within limits, is allowed by the National Collegiate Athletic Association (NCAA). Urine concentrations over 15 mcg/mL are prohibited. It takes most people about 8 cups of coffee providing 100 mg/cup to reach this urine concentration.
Some caffeine products are sold in very concentrated or pure forms. These products are a health concern. People can easily use these products in doses that are much too high by mistake. This can lead to death. As of 2018, the U.S. Food and Drug Administration (FDA) considers it unlawful for these products to be sold to consumers in bulk.

In foods, caffeine is used as an ingredient in soft drinks, energy drinks, and other beverages.
People with voice disorders, singers, and other voice professionals are often advised against using caffeine. However, until recently, this recommendation was based only on hearsay. Now developing research seems to indicate that caffeine may actually harm voice quality. But further study is necessary to confirm these early findings.

More evidence is needed to rate caffeine for these uses.

When taken by mouth: Caffeine is LIKELY SAFE for most healthy adults when used in doses up to 400 mg per day. This amount of caffeine is similar to what is found in about 4 cups of coffee.

Caffeine is POSSIBLY UNSAFE when taken by mouth for a long time or in high doses (>400 mg per day). Caffeine can cause insomnia, nervousness and restlessness, stomach irritation, nausea and vomiting, increased heart rate and respiration, and other side effects. Caffeine can make sleep disorders in patients with acquired immunodeficiency syndrome (AIDS) worse. Larger doses might cause headache, anxiety, agitation, chest pain, and ringing in the ears.

Caffeine is LIKELY UNSAFE when taken by mouth in very high doses as it can cause irregular heartbeats and even death. Products with very concentrated or pure caffeine have a high risk of being used in doses that are too high. Avoid using these products.

Pregnancy and breast-feeding: Caffeine is POSSIBLY SAFE in pregnant or breast-feeding women when used daily amounts of less than 300 mg. This is about the amount in about 3 cups of coffee. Consuming larger amounts during pregnancy or when breast-feeding is POSSIBLY UNSAFE. When consumed in larger amounts during pregnancy, caffeine might increase the chance of miscarriage and other problems. Also, caffeine can pass into breast milk, so nursing mothers should closely monitor caffeine intake to make sure it is on the low side. High intake of caffeine by nursing mothers can cause sleep disturbances, irritability, and increased bowel activity in breast-fed infants.

Anxiety disorders: Caffeine might make these conditions worse. Use with care.

Bipolar disorder: Too much caffeine might make this condition worse. In one case, a 36-year-old man with controlled bipolar disorder was hospitalized with symptoms of mania after drinking several cans of an energy drink containing caffeine, taurine, inositol, and other ingredients (Red Bull Energy Drink) over a period of 4 days. Use caffeine with care and in low amounts if you have bipolar disorder.

Heart conditions: Caffeine can cause irregular heartbeat in sensitive people. Use caffeine with caution.

Diabetes: Some research suggests that caffeine may affect the way the body uses sugar and might worsen diabetes. However, the effect of caffeinated beverages and supplements has not been studied. If you have diabetes, use caffeine with caution.

Epilepsy: People with epilepsy should avoid using caffeine in high doses. Low doses of caffeine should be used cautiously.

Glaucoma: Caffeine increases the pressure inside the eye. The increase occurs within 30 minutes and lasts for at least 90 minutes after drinking caffeinated beverages.

Weak bones (osteoporosis): Caffeine can increase the amount of calcium that is flushed out in the urine. If you have osteoporosis or low bone density, caffeine should be limited to less than 300 mg per day (approximately 2-3 cups of coffee). It is also a good idea to get extra calcium to make up for the amount that may be lost in the urine. If you are generally healthy and getting enough calcium from your food or supplements, taking up to 400 mg of caffeine per day (3-5 cups of coffee) doesn’t seem to increase the risk of getting osteoporosis. Older women with an inherited disorder that affects the way vitamin D is used should use caffeine with caution. Vitamin D works with calcium to build bones.

Do not take this combination!