Our Products with L-Tyrosine in them. 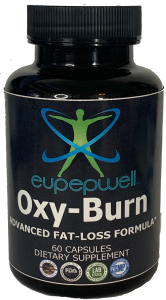 Tyrosine is an amino acid. Amino acids are the building blocks of protein. The body makes tyrosine from another amino acid called phenylalanine. Tyrosine can also be found in dairy products, meats, fish, eggs, nuts, beans, oats, and wheat.

Tyrosine is most commonly used in protein supplements to treat an inherited disorder called phenylketonuria (PKU). People who have this disorder can’t process phenylalanine properly. As a result they can’t make tyrosine. To meet their bodies’ needs, supplemental tyrosine is given.

The body uses tyrosine to make chemical messengers that are involved in conditions involving the brain such as mental alertness.

More evidence is needed to rate the effectiveness of tyrosine for these uses.

There isn’t enough information available to know if tyrosine is safe for children to use in medicinal amounts. Don’t give it to children without the advice of your healthcare provider until more is known.

Overactive thyroid (hyperthyroidism) or Graves’ disease: The body uses tyrosine to make thyroxine, a thyroid hormone. Taking extra tyrosine might increase thyroxine levels too much, making hyperthyroidism and Graves disease worse. If you have one of these conditions, don’t take tyrosine supplements.